Everything You Need To Know Before Buying A Virtual Reality Headsets: A Complete Buyer’s Guide 2020 (Update)

Virtual Reality has always been a fascinating and interesting topic, cracking to the list of top 10 the most innovative technologies. It’s been decades since the technology started evolving and the recent years of the development process actually help it getting a clear shape to make a way towards success.

What Is A Virtual Reality Headsets?

The Virtual Reality Headset is a head-mounted device that generates virtual reality for the user. Mostly, they feature a stereoscopic head-mounted display that provides separate images for both eyes. 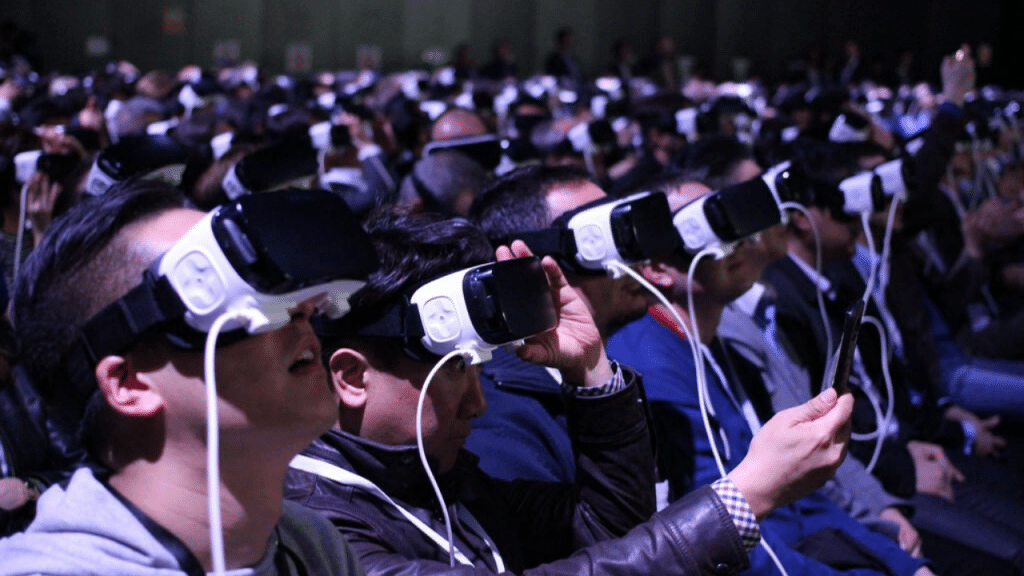 List Of Best Virtual Reality Headset For PC Or iPhone:

The virtual reality headsets have been through several development processes to become the most unique and fascinating device ever.

Starting with the origin, the concept of virtual reality was mentioned in the book Pygmalion’s Spectacles written by Stanley G. Weinbaum in the mid-1930s. Later, in the late 1950s, Morton Heilig invented the Sensorama which was intended to immerse the viewer in the film to give him a fascinating experience of a virtual world. 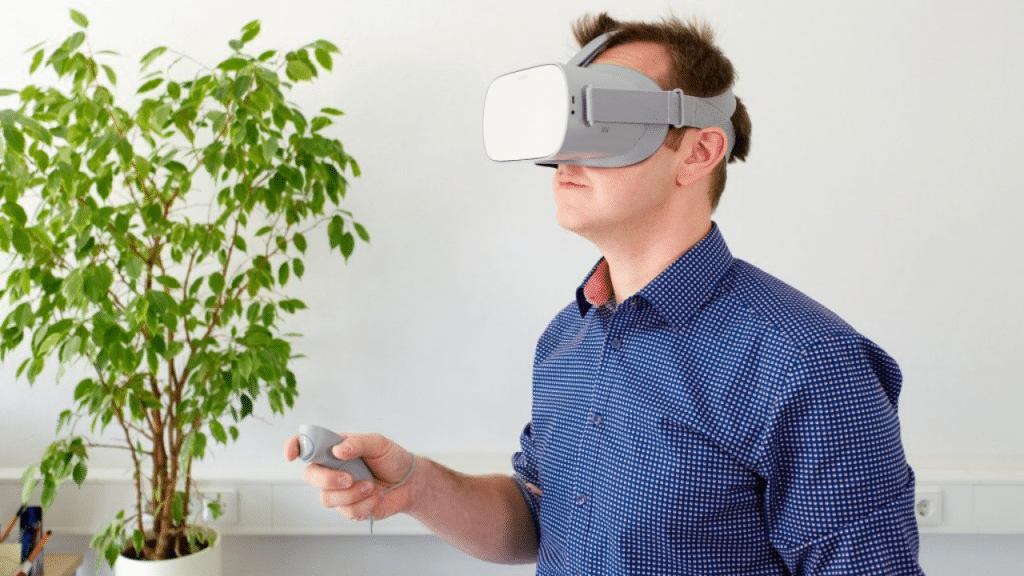 In 1991, a Japanese multinational video game developer and publisher company called Sega announced the Sega VR which was seen in early 1993 at the Winter CES but had never been released due to some health issues, claimed by the testers and an American research institute, SRI International.

Another VR headset, the Forte VFX-1 was announced at CES in 1994, featuring stereoscopic displays, 3-axis head-tracking, and stereo headphones.

Many companies started to invest in the development of next-generation VR headsets especially in the late 90s’. In 1997, Sony released the Glasstron, which consisted of an optional positional sensor, allowing the user to see the surroundings with the perspective moving as his head moves. However, these early virtual reality headsets were failed commercially due to the unadvanced technology and reported health issues by the wearers. 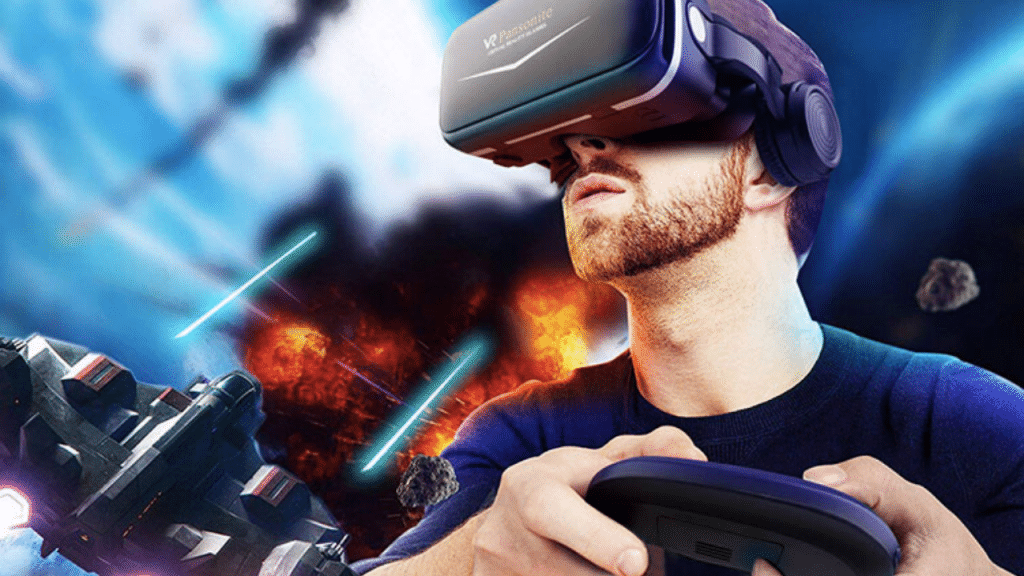 Although there are numerous numbers of manufacturing companies available but Virtual Reality headset has a few different types that you should know about. 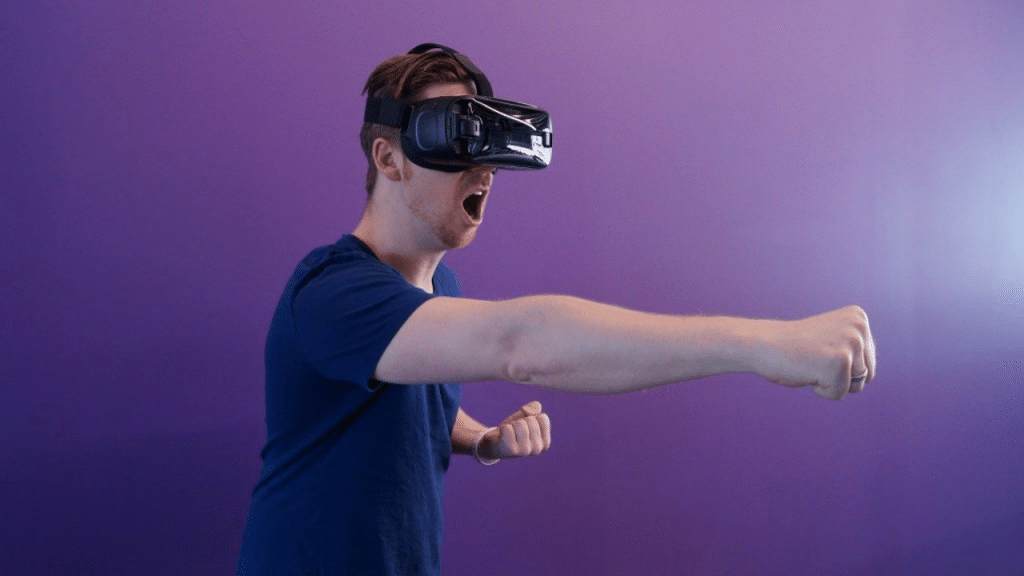 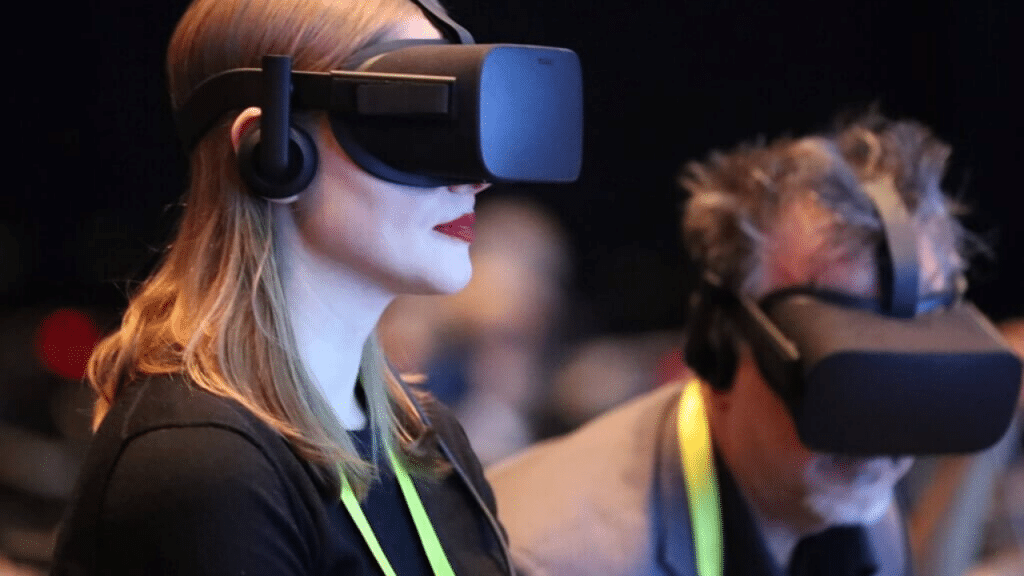 Smartphone VR headsets vary widely in terms of performance, design, features, etc. These are the entry-level VR devices. Unlike the other types of VR headsets, this type of headset transmits the source of the VR signal directly into the headset. Because of the mobile phone compatibility, Smartphone headsets have limitations on the type of content they can access and support. These are the least powerful VR headsets. 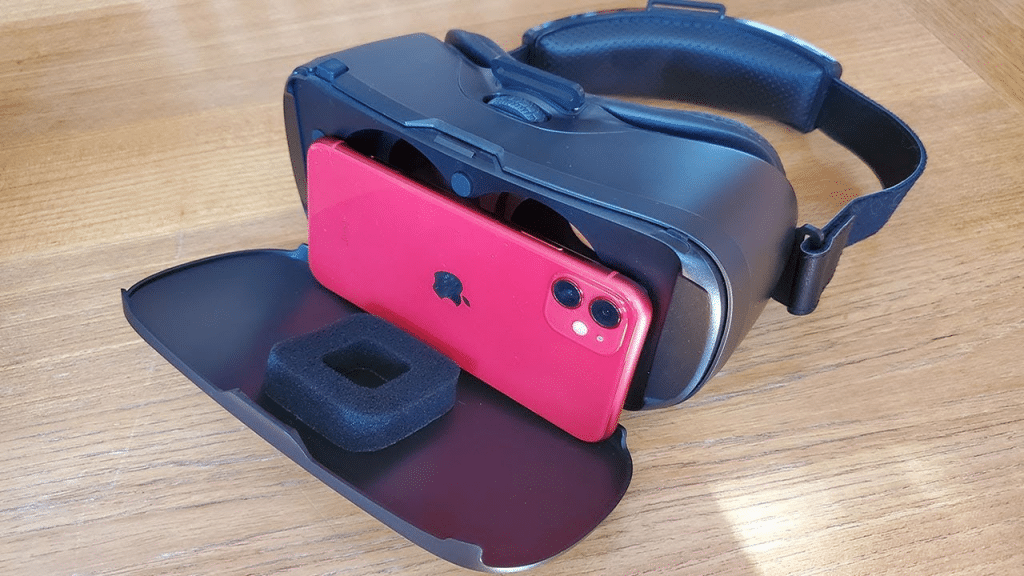 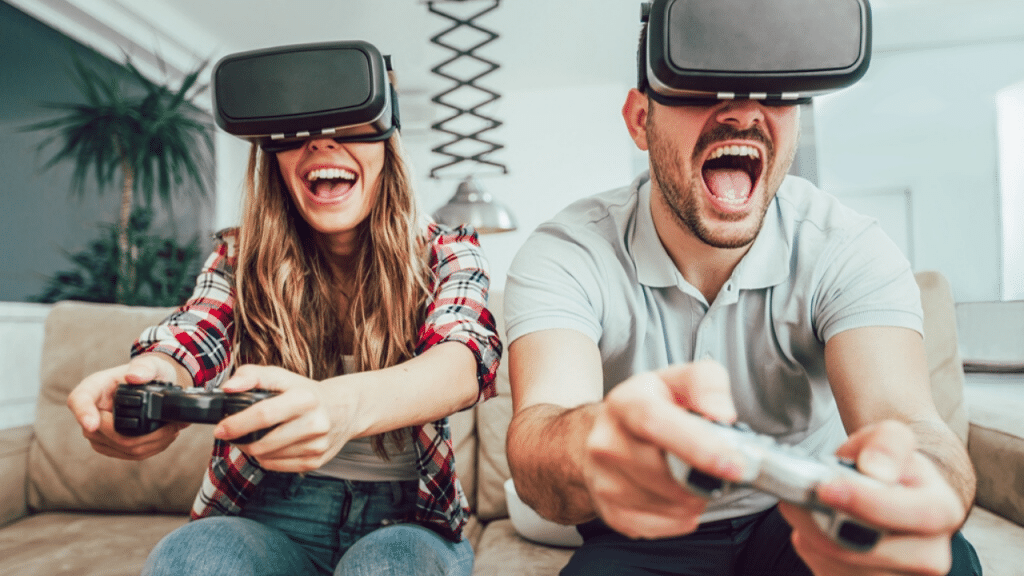 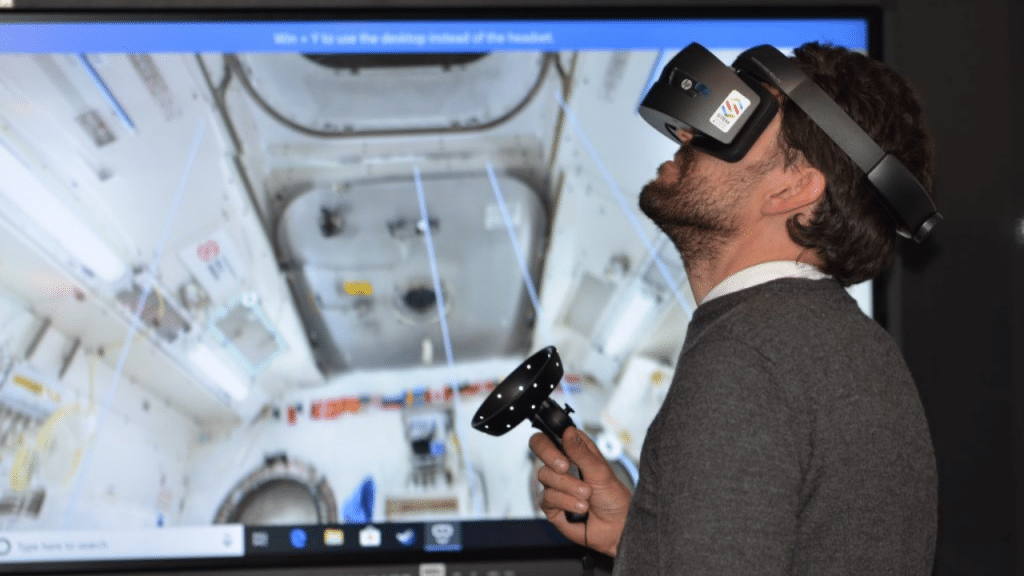 How Does A Virtual Reality Headsets Work? 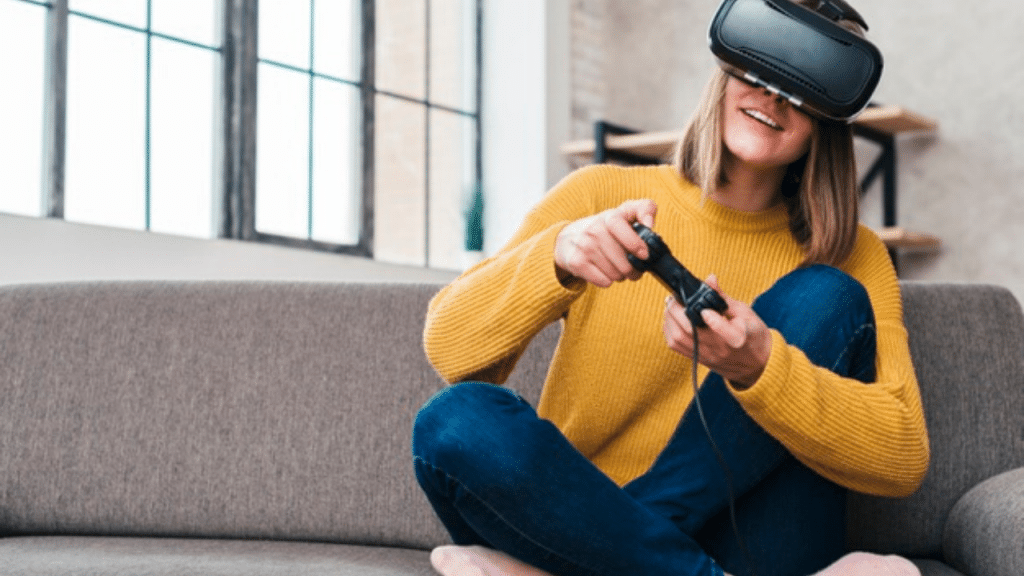 The basic
Virtual reality headsets feature two LCD displays or two feeds sent to one display. The headsets also have lenses placed between the wearer’s eyes and the screen which are used to focus and resize the image for both eyes. They create a stereoscopic 3D image by angling two 2D images.
Head Tracking

When you move your head horizontally or vertically or tilt your head, the picture should move properly with the movement of your head. The headsets consist of a system called six degrees of freedom that looks at the position of your head in the X, Y, and Z-axis to measure head movements.

There are a couple of different components used in a head-tracking system i.e. an accelerometer, gyroscope, and a magnetometer. Also, low latency is required and the lag must be under 30 milliseconds to give the user a smooth and comfortable experience.

Nowadays, some of the best VR headsets such as Oculus Rift, HTC Vive, PlayStation VR (PS VR), etc have wireless controllers that are used to give you a feeling like you’re controlling what’s happening in your VR simulation.

There are few buttons on the controller and a lot of sensors as well to detect the wearers movement such as waving, aiming, pointing, etc. There are also some different input methods such as voice control, smart gloves that track your actual movements and allow you to navigate in a VR environment.

How Does VR Headsets Work?

Everything You Need To Know Before Buying A Virtual Reality Headsets: A Complete Buyer’s Guide 2020 (Update)

Tips To Use A Best VR Headsets: 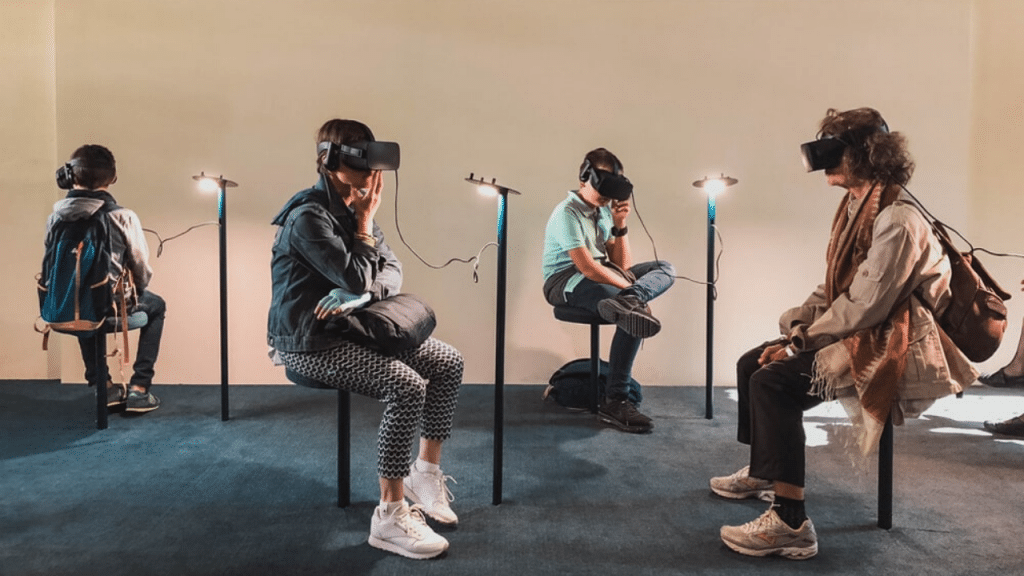 Hey, new users of the virtual reality headsets, you guys should know the following tips to get the most comfortable experience by using a VR headset- 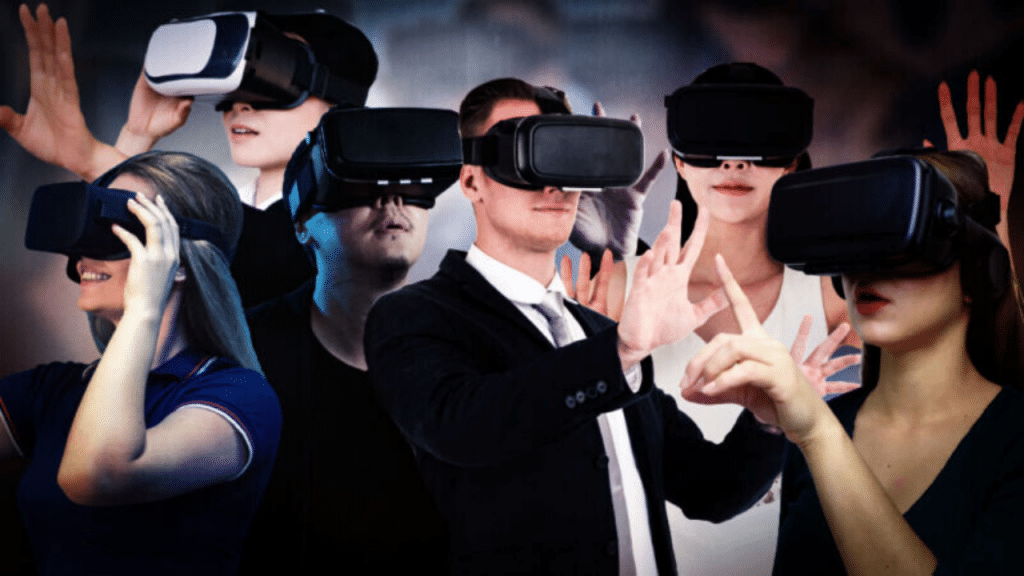 Is it safe for the eyes?

These days VR technologies have become safer to use and when used properly it can improve visual of the wearer. Not only that it can help you get over things like motion-sickness.

Virtual Reality Gaming is the application of three-dimensional artificial environments to computer games. I must say that the gaming industry has been adapting this technology for a long time now and growing than any other sectors or industries.

What virtual reality headset works with Xbox One?

Are virtual reality headsets worth it?

Ok. maybe you are not hearing more about virtual reality headset from lots of people around you, but we have already seen the power of the technology, right? Companies such as Oculus Rift, HTC Vive have already shown us the potential that the technology has with some of the best next-generation video games, a well-supported ecosystem of VR development, and innovative controls. So, in short, yes virtual reality (VR) worths it.

What is the projected size of the VR market worldwide? 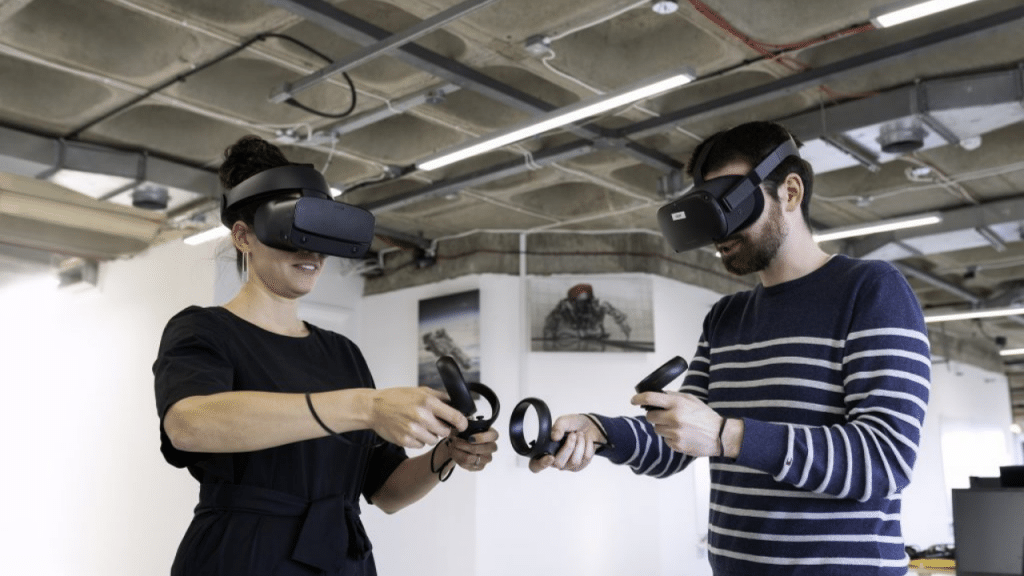 It’s been a long journey since the concept of virtual reality started to evolve. Now, it has been developed and consisted of the perfect functions and shapes. Due to great marketing strategies, the industry is expanding successfully and is expected to create a huge hype among the masses in the upcoming years.

According to the reports, in 2020, the global augmented and virtual reality market size is US $ 18.8 billion and in 2024, shipments of VR standalone HMDs are estimated to reach 25.3 million units (approx.), while shipments of AR standalone HMDs are expected to reach 24 million units (approx.). So, if anyone is wondering whether the virtual reality industry does have a potential to be worthy, then I guess you probably have the answer.

Everything You Need To Know Before Buying A Virtual Reality Headsets: A Complete Buyer’s Guide 2020 (Update)
Check Products
SaveSavedRemoved 0

Free Softwares Like AutoCAD | Open Source AutoCAD Alternative For Everyone