Parrot Anafi Review. Parrot has been quietly making flying machines for roughly as long as the Chinese giant DJI. Most of Parrot’s efforts have been glorified toys. But with the introduction of the Anafi, Parrot’s first folding, 4K-shooting drone, it looked like the company was finally ready to compete head-to-head with DJI.

Unfortunately, it isn’t. You will find this and specifications, features, camera quality, battery life, price details, and more here in the Parrot Anafi Review and Specifications.

The Anafi is Parrot’s play for the new category of drones small enough to fit into a backpack or bag for hiking but good enough to take high-quality videos of the stunning vistas you find out there.

Here is our Parrot Anafi Review (By GeekyViews Experts)

? If you have used or if you are using this drone, please leave your Parrot Anafi review in the comments below and help our readers choose.

The score is given after real-world test by the expert. Pros and Cons are also mentioned. If something is missing in Parrot Anafi Review and Specifications then feel free to add them in the comment section. 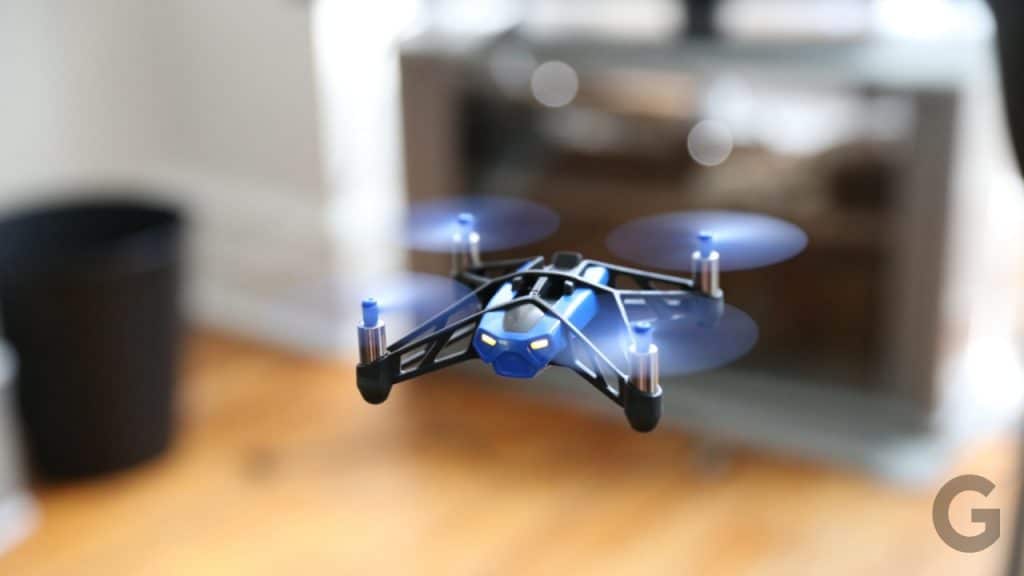 The Anafi is very small: When stored, the drone fits into an included case that is just 10.8 x 3.5 x 3 inches — about the size of a water bottle. The controller doesn’t fit into this case, but it is also small, folding down to just 6 x 3.7 x 3 inches. With the included hard case for the drone, the combination weighs just 2 pounds, making it significantly smaller and lighter than both the Mavic Air and the GDU O2.

The Parrot Anafi has some features and specs that one can’t find on virtually any other consumer drones. The camera gimbal can tilt up and down a full 180 degrees, meaning not only can it shoot straight down, but also straight up, enabling it to capture some unique angles. This Drone was built from the ground up for aerial photography and videography.

1. This drone is built to travel. Like DJI’s popular Mavic line, Parrot’s Anafi is equipped with hinged arms that fold inward, allowing it to slip inside a pill-shaped carrying case that isn’t bigger than a water bottle.

2. You’ll find a 4K camera capable of shooting HDR video — a feature that allows the drone to handle high-contrast scenes more effectively. The camera is also equipped with lossless digital zooming abilities and 180 degrees of tilt freedom. These three features — HDR, zoom, and 180-degree tilt — are all things you simply can’t find on other drones in this price range (at least for now).

3. Parrot claims that Anafi has a top speed of just under 35 mph, and that seems to be about right. That is a bit slower than the Mavic Air, which can manage up to about 40 mph, but it’s plenty fast for all but drone racers. 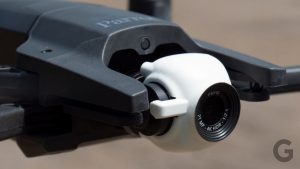 The quality of the video captured by the Anafi; it had lots of detail and smooth, natural motion in both the 4K and HD modes. It is very steady, with little evidence of camera shake or rolling shutter. Using the shoulder switch on the controller, you can zoom in up to 2.8x when shooting 4K video and up to 3x when shooting HD video. This is a digital zoom, so there is no physical zoom lens.

The Camera tilts 180 degrees and has a built-in zoom. The drone has the usual suite of automatic camera shots (dronie, orbit, reveal, parabola, and so on), but the zoom capability allows it to pull off one really neat shot: The Dolly Zoom.

Parrot equipped the Anafi with a 7.6 volt, 2,700mAh battery lithium-polymer battery, which allegedly provides 25 minutes of flight time on a full charge. In a static hover endurance test (in which the drone is sent up with a full battery and let it hover in place until it comes down for an automated emergency landing), Anafi managed to stay airborne for just shy of 23 minutes — which is pretty damn good for a drone of this size. In comparison to other portable drones, that’s pretty great.

Yuneec’s Breeze can only manage about 12 minutes on a single battery, while the Hover Camera Passport can only hang for about 10. Even Parrot Anafi’s most formidable competitor, the DJI Mavic Air, can only stay aloft for 18 minutes. You can expect a battery life of up to 1.5-2 hours in one full charge of the drone. Anafi juices up via a USB-C charging port, which means you can charge your battery practically anywhere at any time. 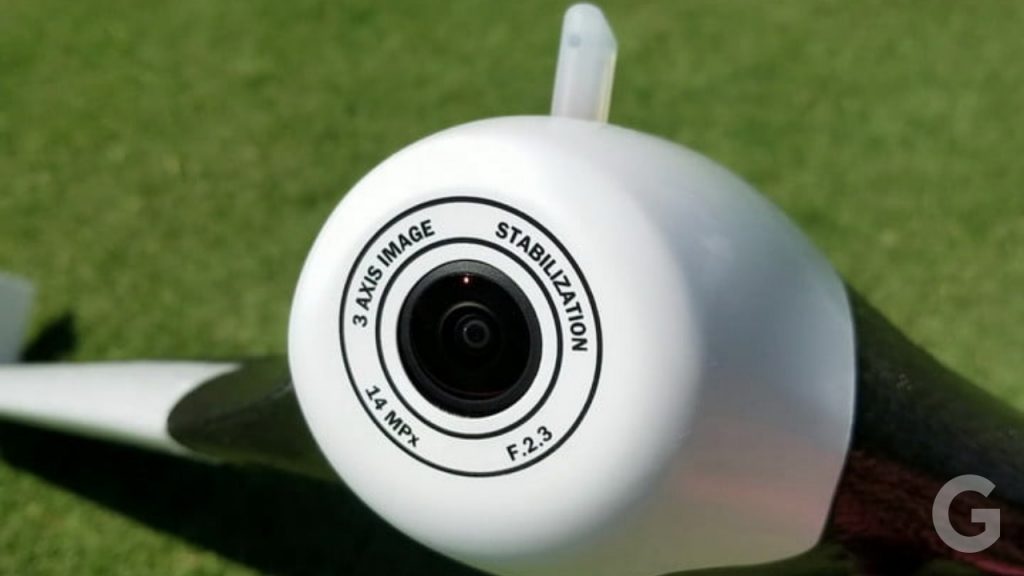 At just $699 you can get Anafi which is smaller, lighter, and less expensive than the Mavic Air. The Anafi Extended bundle includes the drone along with a shoulder bag, three batteries and two months of free access to Adobe Creative Cloud or Adobe Premiere Pro Creative Cloud, this is available at around $799. The spare battery of Anafi costs $99.

Is DJI Osmo pocket worth buying?

Do you have to purchase the DJI Osmo Pocket? Greatest reply: Sure. Whereas most telephones lately are greater than able to producing great-looking video, the Osmo Pocket is nicely definitely worth the cash for vloggers that need the smoothest footage in a compact type issue.

What happens if you fly a drone above 400 feet?

Finally, the 400-foot altitude restriction was put in place for the sake of airspace security. The airspace past 400 toes is giant and the possibilities of operating into one other plane are astronomically low, however, the potential consequence of a drone crashing right into a manned plane may be disastrous.

What DJI drone should I buy?

The DJI Mavic 2 Professional stays the perfect premium drone you should buy for a couple of causes – it has a big sensor, it is a pleasure to fly, and the foldable design makes it transportable and travel-friendly. When you want to zoom or critical portability, then the Mavic 2 Zoom and Mavic Mini are value investigating.

Can you use this drone without a remote control?

Sure Barbie, you’ll be able to. The vary and altitude are robotically adjusted to the constraints of your cell machine’s wifi. In different phrases, the wifi out of your cell machine doesn’t have the variety that the distant controller has. Nevertheless, it does work inside that adjusted very completely. You should have digital joysticks on your display screen.

Is the DJI Mavic mini worth it?

This newer $400 machine is even smaller but is simply as simple to fly, plus it will probably keep within the air even longer than its predecessor. Whereas the Mavic Mini cannot shoot 4K video, the footage it captures is each bit nearly as good, and ought to be greater than sufficient for many informal fliers. It is now my prime decision for the perfect drone.